Despite the tireless efforts of AFRMA and other organizations like it who are trying to educate the public about the dangers of using pine and cedar as bedding for small animals, many people refuse to believe these types of bedding can have a serious effect on their pet’s health. Many studies give evidence to support the fact that cedar and pine shavings have a negative effect on the health of all small animals. The interesting thing is that there is also evidence in some of the studies to suggest that the harmful effects of pine and cedar bedding are not just limited to small animals. Some of the studies suggest that inhalation of cedar and pine dust can cause respiratory infections in humans as well.

Even limited exposure to cedar and pine bedding can have a very serious effect on the health of your animal. Some of things which can be caused as a result of even 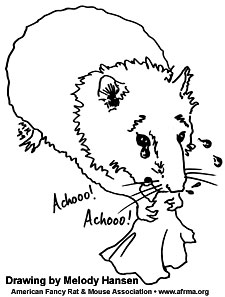 limited exposure to pine and cedar bedding, are respiratory infections and pneumonia. Exposure over a long period of time can have even worse affects such as permanent liver damage, lung damage, or even cancer.

I have been asked to share my own personal experiences with my own animals in the hopes that it might persuade some of you who are still using pine and cedar bedding to consider using something else that will be healthier for your animals.

A little over a year ago, I noticed that my female rats were having a particularly rough time with respiratory problems. At the time, I was a little concerned about it but I wasn’t overly concerned, because I knew that these rats had a history of respiratory problems from the time they were born, which is not surprising considering they came from a pet store. All the animals I have ever seen which were bred there have had respiratory disease. Another reason why I was not overly concerned about their condition was because it was winter, and I figured that the cold weather was aggravating their condition.

. . . it became clear to me that cleaning your rat and/or mouse cages frequently, is equally as important as the proper bedding.

As the days and weeks went on, I started to become more and more concerned because their condition seemed to get worse each day, especially my oldest female rat Holly. She went from sneezing and sniffles to wheezing and rattling, almost as if it had happened overnight. It was very obvious that Holly did not feel well because she was very lethargic and just wasn’t herself. Not to mention the fact that the other rats were sneezing and had runny noses that also seemed to get worse by the day.

Well, up to this point I had been using cedar and/or pine bedding. This was not because I did not know better than to use it, it was because I was having someone else go and pick up my pet supplies. Being the type of person that this individual was, they were going to be looking for the best price and the best bargain, so they would naturally pick cedar and pine over aspen wood or some other non-toxic product because it is cheaper. But it wasn’t just a matter of expense, it was also a matter of personal feelings about rats and mice. This person did not feel that rats and mice were important enough to warrant the extra expense. They also refused to believe that the health risk that the bedding posed to the animal, was as great as clubs like AFRMA made them out to be.

So, instead of buying what I asked them to, they bought whatever they wanted. Well, obviously since this was a member of my family, I did not want to make a big deal out of it, so I used it! Until the point that I noticed the girls were doing so poorly, then I remembered all the problems that can result from using cedar and pine. I thought to myself that maybe it’s the bedding, so I decided to try aspen wood. Within a few days after changing the bedding I started noticing a significant difference in their condition.

The interesting thing was that even though I saw significant improvement in the animals, the improvement wasn’t as good as I would have liked. So, I decided to go a step further and instead of cleaning the cage once a week, I started cleaning it every three to four days whether it looked or smelled like it needed it. When I did that, I noticed even more improvement. As a result of this, it became clear to me that cleaning your rat and/or mouse cages frequently, is equally as important as the proper bedding. If you notice a dramatic increase in sneezing and snuffling in your animals, you might try cleaning their cage and changing their bedding more often, especially if you are already using a good non-toxic bedding.

Now I want to make sure that no one misunderstands—my rats still sniffle, sneeze, and wheeze because they have permanent damage to their lungs. But because I have taken the steps, which I have mentioned, their condition has improved greatly.

If your rats do not have respiratory disease, you may be able to prevent them from getting it or at least reduce the chances dramatically. If your rats already have some type of respiratory illness, following these steps will not cure it, but it should reduce the symptoms.